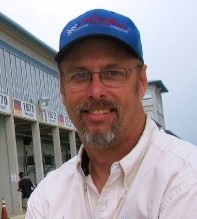 Shawn has been a member of NASA since 2005, and has since become the SoCal TTE Champion, placed 2nd in PTE at the NASA Championships in 2006, and competes in the Western Endurance Racing Championship whenever possible. He has been the assistant Time Trial, Performance Touring and Super Touring director for SoCal, in addition to being race director at four different NASA Championship Events.

Perhaps most relevant is Shawn has worked to build the foundation of the Spec E30 series in SoCal since 2010, which has seen growth every season to a regular 15+ cars. Shawn’s enthusiasm for the class can be seen when he states, “It’s a rare class where everyone is there to have fun, together. We all pit together and help each other with our cars to make sure everyone makes it to the next race.”

In the last four years, Shawn has become a big contributor for the Spec E30 class. “I have taken it upon myself to understand and know the rules and cars as they are applied. It’s a great honor to be asked to lead such a great racing series and be named the next National Spec E30 Series Director.”

Carter Hunt concludes, “I have worked with Shawn, have confidence in his abilities and devotion to Spec E30, and most importantly, he and I agree on the core philosophies of Spec E30 – low cost with a stable rules package.” Carter is the founder of Spec E30 and has been the National Director of the series until now. Carter will continue to race in Spec E30 in his home Mid Atlantic Region.

“As both part of the NASA staff and a Spec E30 driver myself, it’s been an honor working with Carter. I loved my time racing in Spec E30 and owe a big part of that to the dedication Carter put in to help ensure the growth of the series.”  Will Faules, NASA Divisional Director had to say about Carter. “I look forward to working with Shawn on continuing to grow Spec E30 across the country. I’ve been lucky enough to race with Shawn,” continued Faules. “He’s a great driver, technically savvy, and one heck of a nice guy. I think the drivers are excited to be working with Shawn.”

Shawn can be reached by email at shawn@drivenasa.com.