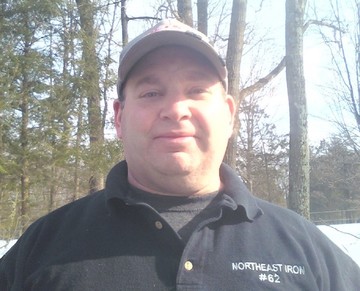 Napa Valley, CA – NASA is pleased to announce Al Watson as the new National Series Director for American Iron. Al has been involved as the North East Region’s American Iron and Spec Iron Series leader since 2007, and is now excited to be taking up the role on a national scale. Al will be taking over the reins from Todd Covini, the previous National Series Director immediately. “I want to thank Todd Covini for his years of service and I look forward to leading American Iron, American Iron Extreme and Spec Iron into the bright future ahead for the series” said Al Watson.

“We are very grateful to Todd Covini for the service he has provided the American Iron Series,” said Will Faules, Divisional Director, “Todd has kindly devoted his time, effort and energy toward the American Iron Series which has seen great car counts since its inception. We at NASA are excited to bring Al on board in fulfilling this position and look forward to seeing what he can add to the development of one of NASA’s most exciting series.”

Al has a wide-range of experience in different fields inside and outside of racing, which has equipped him with the knowledge and skills required to be a successful Series Director. These included filling roles as a NASA Race Director, owner of Mustang performance shop Street Motorsports, a teacher, and experience in designing, developing, testing, and producing precise electronic medical products. You can look forward to seeing Al at various NASA events in 2015. If you have any specific American Iron Series questions, Al can be reached at alwatson@drivenasa.com.