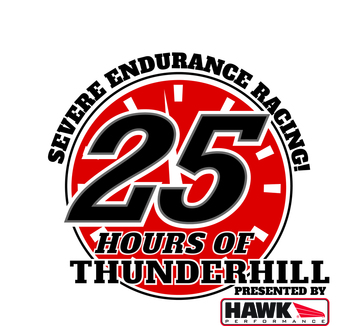 NASA’s 25 Hours of Thunderhill presented by Hawk Performance has become a staple of endurance racing, drawing top competitors and teams from all around the world. The changing weather, deep field of competitors and taxing track layout make the event especially exciting for teams, drivers and fans.
Survive the 25 is a documentary that chronicles the struggles and triumphs of four teams as they battle through the 2014 NASA 25 Hours of Thunderhill presented by Hawk Performance. The show will originally air on MavTV June 2nd at 2pm and 5pm ET.  The teams featured in the show include Davidson Racing, Crowd Strike-One Motorsports, SP Racing, and JFC Racing.
Should you miss the original airing, MavVT will re-air the show every Tuesday in June at 2pm and 5pm ET.  NASA will also host the show on
https://www.youtube.com/user/NASAPRORACINGTV following the final airing.
For more information on the 25 Hours of Thunderhill presented by Hawk Performance, please visit www.nasa25.com.
For MavTV Schedule: http://www.mavtv.com/schedule.html
The National Auto Sport Association (NASA) was formed in 1991 with the premise of delivering high-quality motorsports events to enthusiasts at major racing venues throughout the nation. NASA has created programs that allow owners of both racecars and high-performance street-driven vehicles to enjoy the full performance capabilities of their cars in a controlled professionally managed environment. NASA offers many different programs that will allow you to enjoy motorsports on a number of different levels, including our High Performance Driving Events (HPDE), Rally Sport, Time Trial, NASA-X and Competition Racing programs.