NASA 25 Hours of Thunderhill presented by Hawk Performance Getting Lamborghini, Honda and Wolf

"Every year the competition gets stronger and stronger, but this year seems to be even more so," McQuarrie said. "I think the Lamborghini will be very competitive especially since it is all wheel drive. We typically see some wet conditions during this race and that will put us at a huge advantage. I think our main competition will be the Flying Lizard Audi R8. They have a great car, drivers, and team. We can't make any mistakes if we want a shot at them. I love the 25 because it is a complete team effort. The track is dark at night, weather is typically very bad, tons of traffic on track, so it is a true test for the entire team. Simply just finishing is a massive accomplishment, but we are going there to get the win!"
Team Honda Research is coming back to the 25, this year with two turbo charged Honda Civics. This is the first year for turbo engines in the Civic and the all Honda associate team is looking forward seeing how the cars will perform under the rigors of a day and an hour of racing. 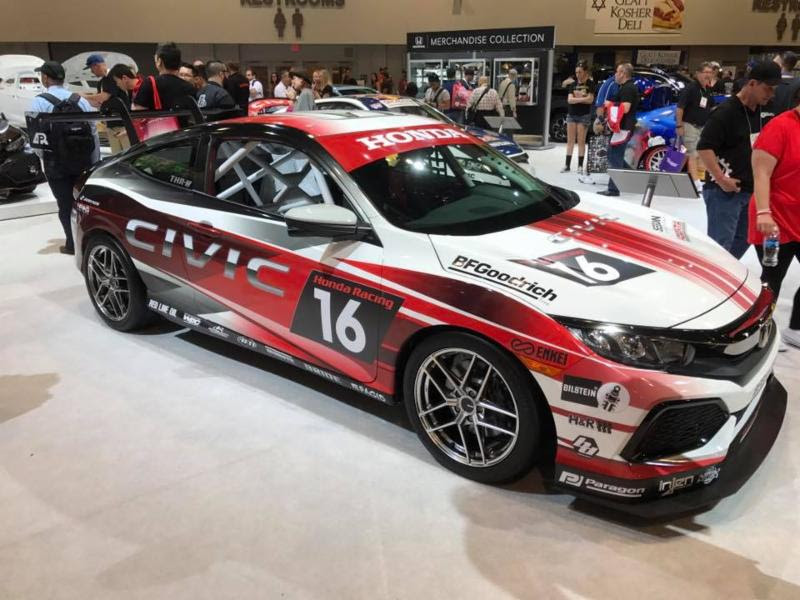 "We are running two newly built 2016 Honda Civic Coupes," John Whiteman, race strategist and team co-manager said. "Because the Civics were developed in North America, they are truly an example of our mantra 'we race what we develop and develop what we race.' We have 10 drivers currently assigned to drive, five per car.  All drivers are Honda associates from the U.S. and Canada.  They driver lineup is Matt Staal, Lawrence Hwang, Derek Ferretti, Scot Nicol, Sage Marie, Mike Tsay, Doug Chan, Calvin Tam, Chad Gilsinger and, Brian Shanfeld."
"This is the first year for OEM turbo charged engines in the Honda Civic," he continued. "As such, we have had to learn about the new engines in terms of race conditions durability and how to optimize fuel economy versus performance. Team Honda Research is a 100% Honda Associate team that is the official race team of Honda R&D Americas, Inc.  The team is supported by Honda Performance Development and American Honda Motor Co, Inc.  While the race cars, transporters and equipment is owned by Honda all the associate hours for building and racing the cars is entirely voluntary and unpaid."
Sports car ace Ryan Eversley will be in the JFC Racing MJ-V8 Wolf with teammates Al Unser Jr., Mike Jackson and Todd Harris. 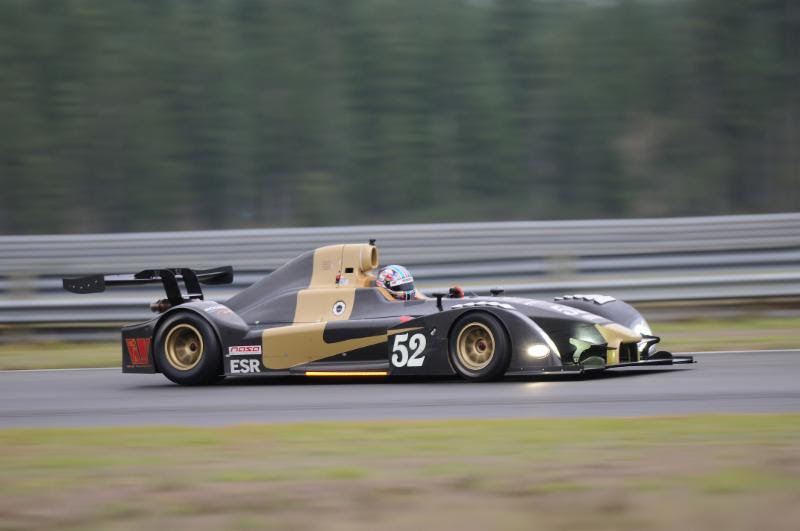 "The Wolf is an extremely capable machine," Eversley said. "The amount of aero generated from the massive wings and also the tunnels under the car makes it incredibly fun to drive. We were one of the fastest cars entered last year and now we'll have twice the power and more aero so I'm excited to see what it can do!  There are some very strong cars entered and if I had to choose I'd say that the Flying Lizard Audi will be tough to beat. We'll have the pace, but they've got the proven reliability. There's a few other prototypes entered as well that could be considered favorites as well. Ryno Racing, etc. Should be fun as usual!"
Eversley likes the back to basics racing that the 25 provides.
"I enjoy the 25 hour because it's an event that's more about the experience and less about the modern day racing politics," he continued. "You don't hear about driver rankings or B.O.P. (Balance of Performance). You hear about race car drivers in race cars, racing and it's just a ton of fun. Prototypes with Indy 500 winners share the track with Spec Miata drivers that have rookies driving them. What's not to love?"
Professional drivers listed on the entry include: Bryan Herta, Colton Herta, Ryan Eversley, Al Unser Jr., Kyle Marcelli, Dion von Moltke, Colin Braun, Johannes van Overbeek, Darren Law, Sean Rayhall, Tyler McQuarrie, Kelly Collins, Taz Harvey with more expected.
More information can be found on the NASA 25 Hours of Thunderhill web site http://nasa25hour.com/.
For additional information, or for editorial and electronic media wishing to cover the 25 please contact NASA Championships Media Director, Kyle Chura at kyle@kcapr.com or (248) 821-0468.  More detail can be found at nasaproracing.com or nasachampionships.com.